Cream is considered essential in many recipes. However, in my own cooking I almost never use it.

Instead I have tried and come up with wonderful substitutes that can be used some in savory and some in sweet recipes.

Cream comes from the fattest "parts" of fresh milk. When we let the fresh milk sit the cream comes to the surface. This means that it contains 36-40% fat, which ranks it at the top of the fattest "creams" on the market.

There are many reasons why one wants to avoid it and it is not just about maintaining a healthy weight. As I have said before and I will continue to say… when there is a measure we never get fat. The same goes for cream too. Of course it can be eaten in moderation.

But there are people who are forbidden to consume it because of its high fat content but also because it is a dairy product.

So, if you want to replace the cream with a lighter "cream" then you should read below.

Butter gives extra fat to milk. Stirring 1/4 cup melted butter with 3/4 cup milk you will have essentially 1 cup."Cream". You can also add 1 tbsp flour for a more creamy effect especially if you choose to use low fat milk. This substitute will not work in recipes that want to beat in a blender. So do not use it to make ice cream or whipped cream.

If the milk has 3.5% fat then it can be used instead of sour cream in some recipes. It can be used in mashed potatoes or gratin as long as it is mixed with a little flour to make it thicker.

A vegan substitute consists of 2/3 cup soy milk and 1/3 cup olive oil. This combination will give flavor to the food to be used but is not ideal for recipes that want to beat in the blender.

If you are looking for a light alternative then this is one of them. Corn flour is used to thicken the milk and give the texture of cream.

To replace 1 cup cream use 1 cup milk and 2 tbsp corn flour. Of course you can use light milk.

Yogurt is less viscous than cream and that's why we add milk… to make it less viscous. Mix the same amount of yogurt and milk to get an alternative "cream".

This combination will give a creamy texture to sauces and soups but does not work well in recipes that want to be beaten in the blender and I am referring mainly to sweets.

Since evaporated milk is more creamy and thicker than classic milk, it can be used as a substitute for sour cream.

Use the same amount of evaporated milk as a substitute. If you want to make a dessert, you can add a few drops of vanilla extract for more sweetness.

Coconut cream is a vegan substitute for cream. Replace the cream with coconut cream using exactly the same amount. All you have to keep in mind is that coconut cream will change the taste of your recipe as it is sweet by nature.

Cream cheese can replace cream. With cream cheese you can make perfect frostings for cakes and cupcakes while it can help make soups and sauces more creamy. However it can not be used in recipes that want to beat in the blender.

Cream can be substituted in both sweet and savory recipes.

So, if at some point you do not want to put cream in one of your sweet or savory foods or you just do not have at home you can turn to one of the above substitutes.

However if you change an ingredient in a recipe it can affect the taste and texture of the final dish. This means that sometimes you can fail until you come up with the right substitute. 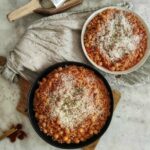 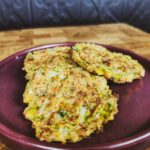